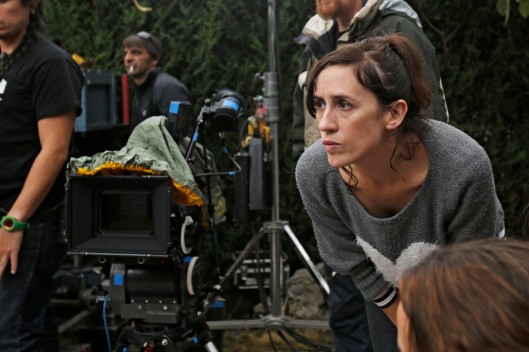 This post was published on the Knight Foundation blog, in March, 2016

Technology has been an indispensable element in the birth and development of motion pictures. Facing similar challenges as industries, technology and film are once again joining forces to find a way forward.

One of the highlights of this year´s Miami Dade College’s Miami International Film Festival is the Google Seminar Series on Gender and Racial Gaps in Film and Tech. The discussions will take place at The Idea Center at Miami Dade College from March 5-8.

“There’s a lot of talk and concern about opportunities for women and minorities and anyone can recognize that, sometimes, unconscious, ingrained biases prevent some people from having an equal opportunity,” said Jaie Laplante, executive director and director of programming at the festival. “Everyone deserves a chance on their merits and we know, just on numbers alone, that is not happening. There is not really a fair opportunity for everyone.”

The idea of hosting these encounters emerged after festival organizers learned about Google’s interest in working with the film industry. “So we reached out to them to see if we could create this program,” Laplante said. “I believe awareness is always the first step to solving any problem.”

Diversity has been a continuing challenge to the tech industry, as study after study and story after story, have highlighted the imbalances in the makeup of the labor force in the major tech companies. Knight Foundation has invested in nonprofits like CODE2040 and projects like Black Tech Week to tackle the problem, while Google’s own study on diversity highlighted the issue. The movie business is not faring much better.

The recently celebrated Academy Awards were widely criticized for the lack of people of color among the nominees. Somewhere, host Chris Rock is probably still chastising the Academy of Motion Picture Arts and Sciences. The year before, a study of 10 years of the Academy Awards by the Washington, D.C.-based group Women’s Media Center found that between 2005 and 2015, women accounted for only 19 percent of non-acting nominations, winning four times for documentary features, once for directing and twice for writing.

By partnering with the Miami International Film Festival, Google is utilizing the power of the entertainment industry to bring attention to an issue while also exploring the similarities of the challenges in both industries, said Julie Ann Crommett, Google’s computer science education in media program manager.

“Entertainment shines a brighter light [on these issues] because entertainment drives culture,” said Crommett. “But also, as we started doing work around computer science in media, what we started to discover was that there were a lot of parallels between the diversity and inclusion issues in entertainment and tech … and by working together we have an opportunity to accelerate the rate at which we could solve the problem.”

Google also sponsored panels on “Uncovering Unconscious Bias” and “Financing Female-Led Films” at last year’s Toronto International Film Festival. In fact, Crommett said, one result of these efforts has been that the tech company is broadening its approach by engaging in “larger conversations.”

“Because if we work together with different industries we can have something much more powerful,” she said. “We are starting to think about diversity and inclusion not in a vacuum, within one industry, but, rather, as a much larger problem, across many different industries, which we can all solve together.”

The Google Seminar includes three events: “Women in the Cinematographer Role,” which will feature “a discussion focused on one of the most prominent technical film roles lacking in gender/racial diversity – the director of photography,” on March 5; “Cultivating an Environment for Equality: When Women Call the Shots,” in which women filmmakers discuss their perspectives on calling-the-artistic-shots, which will take place on March 6; “Shifting Tides in Decision-Making,” addressing “the obstacles that women and people of color face from institutions,” on March 7.

Spanish director Juana Macías, whose film “Embarazados (We Are Pregnant)” will have its international premiere as part of the Lexus Ibero-American Feature Film Competition at the festival, said that “the perception that the audio-visual world is very open, a place where there is less inequality, is not altogether true. We have that image, but the facts say something different.”

Macías, who will be part of the panel about decision-making, is also the vice president of CIMA, the Asociación de Mujeres de Cineastas y de Medios Audiovisuales (Association of Women in Film and Audiovisual Media). The organization has over 300 members, said Macías. It was founded in 2006 to call attention to some of the issues facing women in the industry and promote change. According to studies cited by CIMA, only 8 percent of Spanish movies are directed by women and only 20 percent of scriptwriting and production is done by women.

“It’s not about quotas; it’s not about ‘because she’s a woman.’ It’s about equal opportunity,” said Macías, speaking in Spanish from her home in Madrid. “And for that, it’s important to have role models. There is one woman director who has won an Academy Award (Kathryn Bigelow for “The Hurt Locker” in 2010). We need more. We need to tell the young women studying today ‘You also can make it.’”

As it turns out, 46 of the 129 films shown in the festival this year were directed or co-directed by women.

“There are more films directed by women in this year’s festival than ever before,” noted Laplante. “But we didn’t do that on purpose. We strive for quality and we are happy that we found these films.”

Quality and opportunity, not quotas, are key points in the discussion, be it about participation in the Academy Awards or a film festival, says Los Angeles–based documentary filmmaker Dawn Porter, whose film “Gideon’s Army” won Miami International Film Festival’s Knight Grand Jury Prize and Audience Award in 2013.

“I don’t want anybody checking a box and putting a woman or a person of every ethnicity. I’m not interested in that,” said Porter, whose latest work, “Trapped,” a film about abortion clinics in the Deep South, will be part of the Knight Competition. “I’m interested in seeing the finest work by people from a lot of different backgrounds, different cultures. I don’t see that at all.”

This is not only an issue in the United States. CIMA’s work in Spain has included events such as the ironic “Esquenohay” (roughly, “It’s Just That There’s No One”) awards, denouncing those “contributing to the invisibility of women in film and television.”

But the organization has also instituted mentoring programs to “support new talent. It’s for women who write, produce or direct who find it difficult to get someone to support their project and need a little push. We pick three or four projects and pair them with mentors.” The organization was also a key player on two major conferences: The one in Europe in 2010 resulted in the launching of the European Women’s Audiovisual Network,which CIMA managed until 2012; the second event led to the creation of MICA, a Network of Ibero-American Women in Film and Audiovisual Media.

While aware of organizations such as Women in Film, CIMA has not yet collaborated with sister associations in the United States, said Macías. This encounter is an opportunity, she said.

“This initiative, and having this initiative within a film festival, the Miami International Film Festival no less, is phenomenal,” said Macías. “For starters, you share your situation, you compare notes and you realize you are not alone. But also, these type of meetings generate opportunities. Personal contact always generates opportunities.”