Fado is a music of hard earned wisdom and longing, a cry against the fates. It would seem to be a grown person’s art —only that it’s not necessarily so. After the passing in 1999 of Amalia Rodrigues, the most important singer in fado’s history, a generation of young fadistas came into view, re-energizing the genre. Ana Moura, 36, is one of its leading figures. She debuted on record in 2003 with Guarda-me a vida na mão (Keep My Life in Your Hand). The centerpiece of the album, “Sou do Fado, Sou Fadista,” — a song  by Jorge Fernando, eminent fadista and songwriter, one-time accompanist of Rodrigues, producer of the album and a regular collaborator with Moura — was her proclamation: “I belong to fado, I am a fadista.” Moura once told an interviewer she knew she would be a fadista by age seven.

END_OF_DOCUMENT_TOKEN_TO_BE_REPLACED 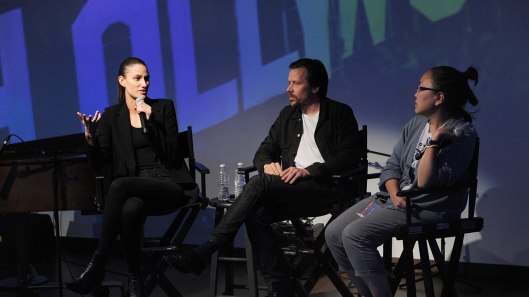 This piece was first posted on the Knight Foundation blog, in April, 2016

Few industries have felt the disruptive impact of technology as strongly as the music business. Seemingly overnight, long-established practices of creation, production and consumption were upended. From auto-tuning to iTunes, artists and promoters suddenly found themselves before once unimaginable opportunities, but also daunting challenges. Old roles were reshaped, some eliminated. And the new rules of engagement are still being written, making it even more challenging for people who aspire to make a living as musicians.

That was the context, and subject, of a conversation featuring singer, pianist and composer Niia Bertino, better known as Niia (pronounced Nye-a), and booking agent extraordinaire Tom Windish, founder and owner of The Windish Agency, at a YoungArts Salon at the National YoungArts Foundation headquarters in Miami on Thursday. The discussion, which included a lively audience Q&A, was followed by a two-song performance by Niia. The event,sponsored by Knight Foundation, was moderated by Esther Park, YoungArts’ director of campus programming.

END_OF_DOCUMENT_TOKEN_TO_BE_REPLACED

Saxophonist and composer Leandro “Gato” Barbieri died Saturday at a New York hospital from pneumonia. He was 83.

For many, Gato will forever be that guy with the hat who wrote that tune from “Last Tango in Paris.” Others will remember his free jazz playing days, his association, early on in his career, with Don Cherry (check Cherry’s extraordinary Symphony for Improvisers, on Blue Note, 1966) or his work with the Jazz Composer’s Orchestra (Escalator Over the Hill, 1971) or perhaps pop jazz hits such as his version of Carlos Santana’s “Europa.” But some of us who grew up in a place far, far away from jazz called Argentina, will remember Gato as the man who opened a world of possibilities.