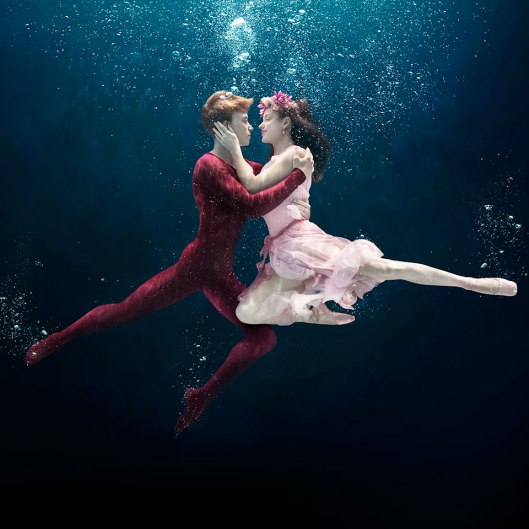 That the centerpiece in the 30th anniversary season of the Miami City Ballet is an ambitious re-imagining of George Balanchine’s interpretation of  Shakespeare’s “A Midsummer Night’s Dream” is only fitting. It has a rich history — but it looks forward.

“A Midsummer Night’s Dream” is not just one of Balanchine´s masterworks; it’s also his first original, full-length ballet, a piece to which he dedicated more than two decades to select the music and develop. It premiered on Jan. 17, 1962. This is the first time The George Balanchine Trust agreed to have one of his works reimagined. Also, this production is an unprecedented collaboration that brings together Cuba-born, Miami-raised Lourdes Lopez, the ballet’s artistic director, and two Miami natives, artist Michele Oka Doner, charged with costumes and set design, and playwright Tarell Alvin McCraney, the project’s dramaturge.

Finally, the piece is rich with personal resonances for Lopez and Miami City Ballet.

“I grew up with ‘Midsummer,’” said Lopez, who studied at the School of American Ballet, the school of the New York City Ballet, before joining the company, then directed by Balanchine. She rose to soloist and then principal before retiring in 1997. “As a young, core dancer you do the hounds in the forest in the first act, then you move on. You do fairies. I did one of the lovers, and I ended up, many years later, doing the pas de deux in the second act, the divertissement.”

Also worth noting, Balanchine created Oberon, the main role of “Dream,” for Edward Villella, the founding artistic director of Miami City Ballet. Since the company’s founding in 1985, Knight Foundation has been one of the most consistent supporters, most recently pledging $6 million to the ballet since 2012.

Lopez’s idea of reimagining Balanchine’s “A Midsummer’s Night Dream” actually started years ago, well before she had any notions of joining Miami City Ballet. She recalled wondering after attending a performance why the piece she knew so intimately did not look as well on stage as it did in rehearsals and how “the exquisite choreography got lost on stage, overburdened by the heavy setting.” That led her to consider “why more reimagining of the old masterworks didn’t happen in ballet, the same way it happened in opera or theater, putting them in a different setting. The production that exists is very heavy. It has trees and wood … and everyone is in velvet and dark colors. It’s beautiful, but of a very specific time.”

Lopez, who worked as executive director of The George Balanchine Foundation for four years, approached the trust with the idea and received its blessing.

The challenge, she said, was to make sure that wherever the new setting for the text, the music and the choreography might be, it would work for all three, and that’s where Tarell and Michele came in.”

Having a dramaturge collaborate on the project was a bit out of the box. Balanchine, for one, never did. But then, “Balanchine was a product of the Imperial Ballet School; there wasn’t anything he wasn’t educated on,” said Lopez. “He could recite entire scenes from memory. We don’t have that kind of education these days. My own understanding of the story was Shakespeare 101.”

Enter McCraney, a much-decorated playwright and actor and the Royal Shakespeare Company’s International Playwright in Residence (2009-2011). Simply put, his job was “to match the narrative to the feet,” he said.

“The story is already reimagined. Shakespeare’s version is not Balanchine’s. So my role was to check how the piece was formed from the original text, how the structure works dramaturgically and help everybody come back to the table with a singular idea,” he explained. “One of the things Lourdes wanted to do, as she was reframing the piece in terms of design, was to make sure she was uncovering the heart that was there. The reimagining is not to diminish or hide anything. The ballet is beautiful. If anything, the work is to peel off the layers of veneer that have accumulated over the years, figure out the original color underneath and put it back. We called it reimagining, but I call it reawakening it.”

For Lopez, McCraney’s contribution has been critical. He has “this extraordinary gift of being able to take a step in ‘Midsummer’ and connect it directly to the text,” she said. “He has the ability to do that and then articulate it back to a dancer. For an artist, this is extraordinary information. It brings you to another level of understanding.”

‘A place we inhabit’

As for working with Oka Doner, Lopez said she was looking for an artist who would understand and reveal both the story and the choreography. “The more I talked with Michele, the more I saw of her work and the lyricism in her work, the more I realized she was perfect for it,” she said. In this new staging, Shakespeare’s and Balanchine’s forest, wild, mysterious and full of wonder and dread, becomes the ocean, with its own mysteries and wonders — and an essential part of Miami’s identity.

“Even just setting it in Miami is a declaration that we are doing something new — and setting it underwater we are doing something that has not been done either,” said Oka Doner in a Miami City Ballet promotional video. “All that water has so many things […] we eat from it, we swim in it, we go over it to go places. So now we are going to use it as a place we inhabit. We are going to be the sirens and the mermaids.”

“I wanted to do something special for Miami City Ballet 30th Anniversary,” she said in the ballet’s video. “This project is very, very personal. It comes from the heart because Mr. Balanchine was such a great part of my life. He shaped it. He shaped me as a dancer […] so this comes from a very emotional part of myself.”