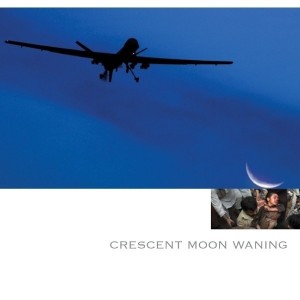 Neither a distinguished player nor a composer or arranger in a conventional sense, Kip Hanrahan occupies a one-of-a-kind place in American contemporary music. Beginning in the early ’80s, Hanrahan emerged as a bandleader/producer/conceptualist/music auteur. He became the off-center hub of extraordinary ensembles (don’t take my word for it, look them up) and also the ruthless instigator of unlikely musical blends and collisions — all captured in a remarkable 16-record catalog.

True to Hanrahan’s Bronx roots, his brand of cross-culturalism sounded lived-in; sophisticated, yes, but also rough-and-tumble. Call his music avant-jazz if you must, but in truth, it was an unruly, streetwise mix of jazz, blues, rock, pop, Afro-Cuban and Haitian roots music, New Orleans traditions and a half-dozen other influences, from bossa nova to Morton Feldman.

The results were never tidy, but that was never the intent. Instead, Hanrahan´s recordings seemed designed to present a contrarian view on questions of beauty, songwriting, ensemble playing and groove — and that was just for starters.

Anybody can go after perfection. But, ah, perfect imperfection — that’s a whole different matter.

Crescent Moon Waning, his first recording in seven years, suggests a friend showing up after a long absence and without even a “hello,” picking up an unfinished conversation in mid-sentence.

Some threads are easily recognizable. Crescent Moon Waning is anchored by notable players such as Steve Swallow, Fernando Saunders, Giovanni Hidalgo, and J.D. Allen, and it offers unusual musical mixes idiosyncratically presented (including the fact that Hanrahan has the ensemble tuning to A432, instead of the conventional A440 pitch, to a surprising effect). By and large, the songs ignore standard forms. The stories are told in jagged melody lines, and (a few) head-scratching lyrics (“I don’t think there’s a lot there that’s particularly deep,” he writes about the words in his notes.) But Crescent Moon Waning also includes terrific rhythm section work (check “We Were Not Alone,” or the rumba-driven “She and He Describe …”), and inspired moments throughout. Two favorites: the dense atmosphere in “Sometimes I Can Go For Nights …,” and, for emotional significance, the nod to the late Jack Bruce, a Hanrahan longtime friend, and collaborator. It’s a rough but effective live version of “All Us Working Class Boys,” a piece Hanrahan dedicated to Bruce more than 35 years ago (the original version on the link) and with which he closes the album.

For those familiar with Hanrahan’s work the surprise might be how daring, irritating, and beautiful it all can still sound. Read that as you will: Perhaps it speaks to the state of pop and jazz these days — or maybe it’s just a reminder of how far ahead Hanrahan once was and can still be.

Either way, glad to have you back, Mr. Hanrahan.

After working for years in projects featuring large ensembles, Norwegian saxophonist and composer Trygve Seim conceded that “perhaps unconsciously” he had been avoiding the quartet setting because of the “weight of history.” Fortunately, he reconsidered. Helsinki Songs, featuring Seim with Kristjan Randalu, piano; Mats Eilertsen, bass; and Markku Ounaskari, drums; is a deeply lyrical work, beautifully played.

The obvious influence of fellow Norwegian saxophonist Jan Garbarek on Seim’s tone and approach to his instrument and the folk lyricism in the writing (such as “Sol’s Song,” or “Randalussian Folk Song” ) add up to a sound that at times, inevitably, evokes Keith Jarrett’s European quartet. But this is no tribute band. Seim is a remarkably expressive player that can suggest the nuances of a vocalist in songs-without-words such as “Sorrow,” “Ciaccona Per Embrik,” or “New Beginning;” and in this quartet, he has musical partners, especially in Randalu, who can be forceful and eloquent with just a few notes.

The landscapes in Helsinki Songs are spacious, luminous and unforgiving; and the tales from it, brimming with mystery and restrained emotion, are told by Seim in shades of white and grey (consider the sameness in the slow and medium tempos).
The overall effect is mesmerizing — but also emotionally draining.
Beauty can be a harsh mistress.

Two strong, previously unreleased, live recordings by saxophonist Dexter Gordon and Woody Shaw, both captured in Tokyo, Japan. In Dexter Gordon Quartet Tokyo 1975, (Elemental)  Gordon, who lived in Europe for 14 years, mostly in Paris and Copenhagen, appears with Kenny Drew on piano, Niels-Henning Ørsted Pedersen on bass, and drummer Alex Riel, the house band at Jazzhus Montmartre in Copenhagen. Actually a compilation of Gordon’s live performances, Tokyo 1975 includes four songs from the concert at Yubin Chokin Hall on October 1, 1975 and two other live tracks, each with a different band, one recorded in Holland in June 1973 and the other in New Haven, Connecticut, on May, 1977.

This recording also features a bonus track, in this case a reading of Shaw’s “Sweet Love of Mine” by the Paris Reunion Band, an expat ensemble that also featured Dizzy Reece, Johnny Griffin, Nathan Davis, Slide Hampton, Kenny Drew, Jimmy Woode and Billy Brooks. It was recorded live in Holland on July 14, 1985.