VALENCIA, Spain. Perhaps because we live in a world of increasingly shorter news cycles tailored to our increasingly shorter attention span, after a few days we move on from catastrophes such as Hurricane Maria in Puerto Rico following the next bright shiny object. The people dealing with the aftermath of such disasters can’t.
Reality is funny that way.

Trombonist and composer William Cepeda, 53, one of the most influential Puerto Rican jazz musicians of his generation, is living off a suitcase these days. He spent last week in residence at the Valencia Campus of Berklee College of Music, lecturing, conducting workshops, and teaching private lessons.

Like so many others who have left the island, Cepeda, who lost his job of seven years at the University of Puerto Rico, is looking elsewhere for a fresh start. “I mean, I love Puerto Rico,” he told me in a conversation between classes. “But my partner, she’s unemployed too, and there’s no work, so we are looking for a place where we can settle for a while.”

Hurricane Maria hit Puerto Rico on September 20, 2017. Cepeda, who lived on an isolated place, on top of a mountain, recalls spending that evening bailing out water from his flooded home. “If I hadn’t been there I would’ve lost everything,” he says.
After months of dealing with no clean water or electricity, scarce food supplies, inadequate communications and no work, he left Puerto Rico for some previously arranged commitments, such as an appearance at the Dominican Republic Jazz Festival, and again, later, to look for opportunities in places such as Chicago, South Florida and, now, Valencia, Spain.
Since his initial leave-taking, he has returned to the island several times, but more than a year after the hurricane hit, everyday life in Puerto Rico remains challenging.

A couple of rolls of paper towels can only do so much.

“I got home after nearly 8 months of being away, and even at this point, some places have no electricity,” he notes with an edge of frustration. “Even at this point, there are still many traffic lights that don’t work. The food is twice as expensive as in a place like Miami.”

“Work as a musician? Let’s talk first about work, period,” he says. “There is no work. You might find work at a McDonald’s or a Burger King, but all professionals have had to leave Puerto Rico, [and so have] major companies. There is no tourism, the hotels are a mess, it’s all a mess. We were bankrupt before the storm hit. [Hurricane] María just made it all worse.” 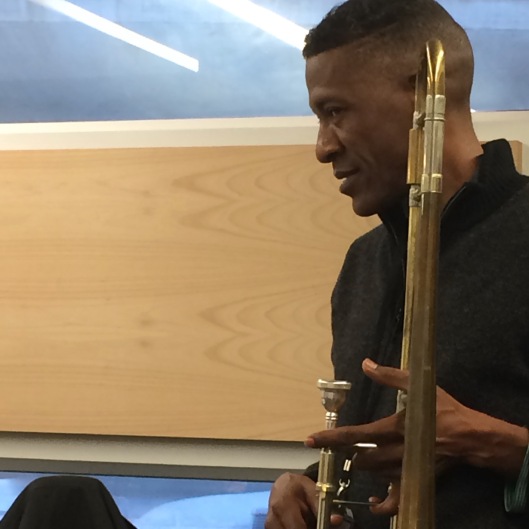 As for work for musicians, consider the trickle-down effect of a devastated economy on theaters, clubs, hotels, restaurants, and publicly funded community events.

Born in Loiza, the heart of Afro-Puerto Rican culture, Cepeda studied at the Puerto Rican Conservatory of Music and Berklee College of Music. In the late 80s, he became a member of Dizzy Gillespie’s United Nation Band and worked as a sideman for a broad range of artists, from Lester Bowie (in his Brass Fantasy band), David Murray and Slide Hampton to Tito Puente and Marc Anthony. But he made his mark beginning in the late 90s with recordings such as My Roots and Beyond(1998) and Branching Out(2001) in which he combined jazz tools, sensibilities and strategies, and Afro-Puerto Rican music traditions.

It served as a blueprint and workshop for artists such as fellow Puerto Rican saxophonists and composers Miguel Zenón and David Sánchez, both members of Cepeda’s bands at one time or another, and their own explorations of indigenous styles and rhythms.

If you want to help, you might consider the Puerto Rico Independent Musicians and Artists Relief Fund (PRIMA Fund)

or Jazz Foundation of America 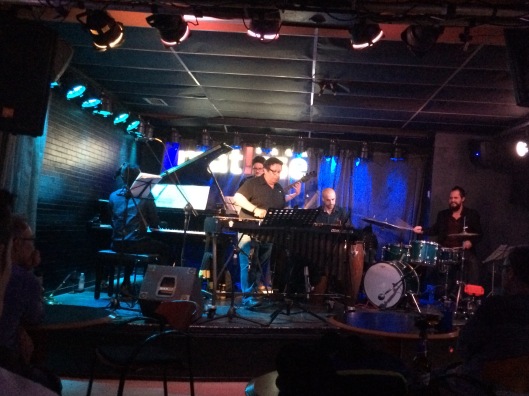 Vibraphonist and composer Victor Mendoza, a member of the faculty here, has put together a youthful, high energy quintet that sets tight grooves and, following the example of the leader, use solos not to show off chops but to tell stories.

At Club Matisse in Valencia, Saturday, Mendoza’s quintet, expanded to include visiting Cuban saxophonist Bobby Martinez, offered a loose but dynamic, thoroughly enjoyable set made mostly of originals (there was also a spirited version of Wayne Shorter’s “United,” first recorded by his early employer Art Blakey, played as a tribute to the late Jerry González). The performance, rooted in a classic Latin jazz sound, was deceptively easy on the ear as the familiar often hid smartly updated harmonic and rhythmic turns.

It’s been uncharacteristically gray and rainy in Valencia, but Saturday inside Matisse it felt sunny, with a slight breeze, and all was right in the world.