The inimitable Cecile McLorin Salvant with pianist Sullivan Fortner turning the Bandshell in North Beach into a small, open-air club at the Ground Up Music Festival Sunday afternoon. Not many singers would have dared to try.
“I’m not sure if it was daring or just crazy,” she said later, breaking into a laugh as she walked out the festival grounds, later in the day.
A Miami-native (her mom was in attendance, she noted from the stage) McLorin Salvant sounded completely at ease, engaging and good-humored when introducing the songs but also seemingly fearless with her on-the-spot repertoire choices and in her singing.
She had the afternoon crowd mesmerized and by the end of the set, singing along.

Hats off to Fortner, a sensitive and enormously resourceful accompanist who both followed and pushed her, always providing a safety net. The addition of saxophonist Chris Potter for a couple of songs (including a sly version of “I Didn’t Know What Time It Was”) was just the proverbial cherry on top in a performance that probably earned McLorin Salvant a good number of new followers. 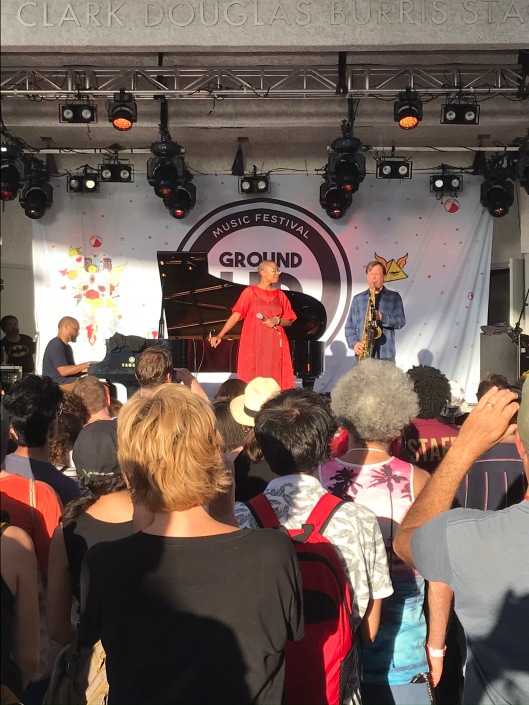