By his own account, Cuban pianist Alfredo Rodriguez hadn’t played in South Florida in about four years. So for his appearance at the Global Cuba Fest at the North Beach Bandshell last night, he expanded his trio calling on several long-time collaborators and had himself a concert — and a neighborhood party.

An outdoor event is not the best setting for subtleties, so, smartly, Rodriguez made the best of it in the show’s early moments. Backed chiefly by his working trio – Munir Hossn, bass, and guitar, Michael Olivera, drums — Rodriguez at times managed to turn the sold-out Bandshell into a music club. Then he showed his stylistic range moving smoothly from his meditative “Dawn,” and a post-bop reading of Consuelo Velazquez’ classic “Besame Mucho,” to a salute to Yemayá, the deity of the oceans in the Afro-Cuban religion best known as Santeria, and a spirited version of Ernesto Lecuona’s “Gitanerías, ” the latter two featuring percussionist and vocalist Pedrito Martínez. 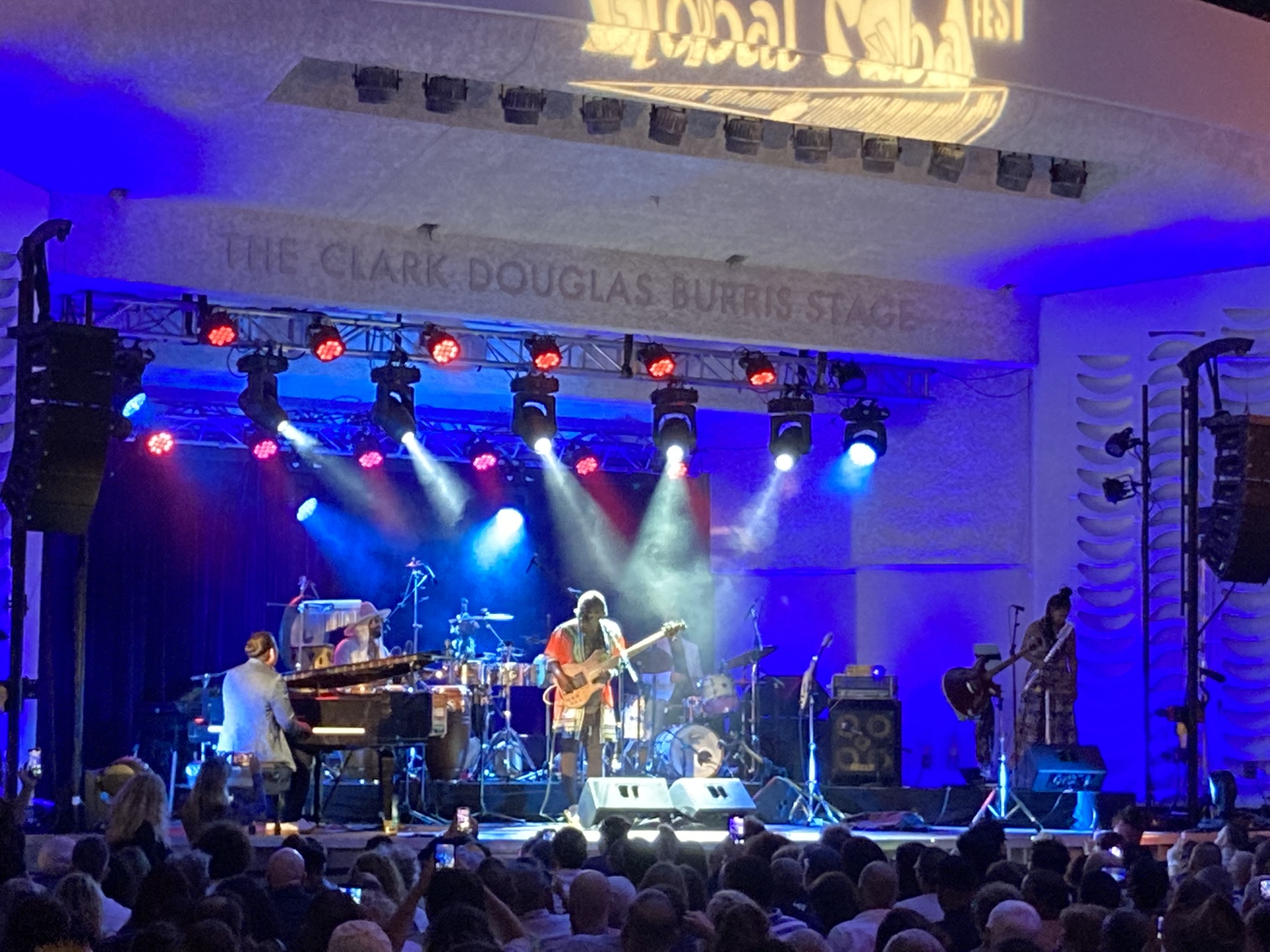 As the group on stage grew larger with new additions, the music also became more expansive (there was even a version of “Thriller,” Rodriguez’s salute to his champion, producer Quincy Jones), and the mood was unabashedly celebratory. Then bassist Richard Bona took the stage, lit the match, and a party broke out with singalongs and dancing.

After months of isolation, there are no complaints about an evening out in Miami Beach, with good music, a bunch of fellow music lovers, the right temperature, and a slight breeze from the ocean. Just count me as one who wants to hear more playing from Rodriguez in a listening room.

If you are in or around Miami next week you might want to check this out.

What: Jorge Luis Pacheco and Carlos Averhoff Jr. in concert